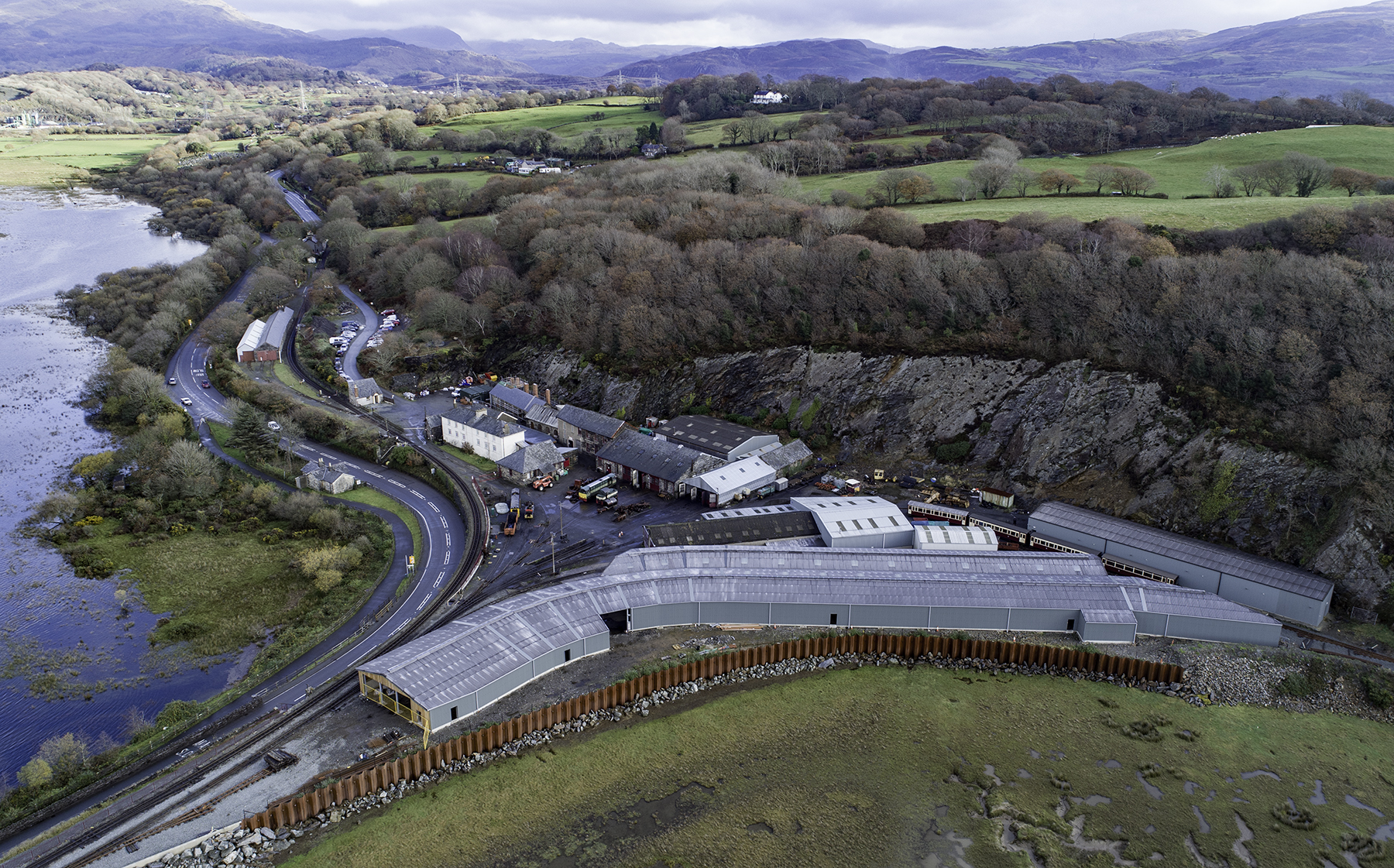 The Ffestiniog & Welsh Highland Railways is delighted to report that a £4.2 million project to redevelop the Railway’s historic workshops at Boston Lodge in Meirionnydd is to be supported by the National Lottery Heritage fund (NLHF).

The Project has two primary aims. The first is to improve interpretation of the historical significance of the Ffestiniog & Welsh Highland Railways and the second is to secure the future of the historic railway works site at Boston Lodge by conserving the remaining 19th century buildings to ensure that they can continue to function effectively into the 21st century.

More than 250,000 people a year visit the Railway. However, as the generations move on there is a concern that the major national (and international) historical significance of the Railway, and of the slate industry that it was built to serve, will become less apparent to those visitors. The Project will address this through a comprehensive and ambitious interpretation plan.

Visitors wishing to explore the history of the Railway in depth will be given the opportunity to go beyond a normal tourist railway journey by visiting the Works at Boston Lodge to look behind the scenes. Guided tours will be central to this plan and volunteers will be sought who can deliver site interpretation to a highly professional standard. Beyond this, the scheme is intended to offer other more specialised experiences, such as extended opportunities for volunteer involvement, and the expansion of our well-established programme of the passing on of traditional specialist skills. The scheme will also include plans for traineeships in Heritage Project Management and Production Management, within the context of a heritage engineering operation.

Boston Lodge Works is one of the oldest railway workshops in the world – possibly the oldest still operating on its original site – and a considerable number of the earliest buildings on the site still survive, although some are currently very much at risk and in need of urgent intervention.

The origins of the Works extend back beyond the Railway itself, having being built to support the construction of the land-reclamation embankment known as the Cob in the early 1800s. These workshops, which were expanded to support the operation of the Railway in its early horse-drawn form from the 1830s to the 1860s, now comprise the area known as the Top Yard and will be a focal point for conservation redevelopment work. Also included in the Project is the further restoration of, and provision of public access to, the Old Locomotive Shed that was built to house the original FR steam locomotives, which survives to this day.

Boston Lodge Works is currently the subject of a 34-phase development programme that is expected to extend over more than a decade. The NLHF project will ensure funding for some 14 phases of this programme, building on eight phases that have already been completed over the past six years. The focus of the NLHF support will be on the historic buildings on the site, and the facilities required to develop volunteer work and improve access.

The project has successfully passed through the first round Application Stage and the year-long Project Development Phase is planned to start immediately in the new year, 2020.

“The Ffestiniog & Welsh Highland Railways have an impressive track record of delivering ambitious projects. This Project is intended to extend that record, and builds on recent success working with the NLHF Skills for the Future project.

It has long been felt that day-to-day visitors to the FR enjoy their visit without gaining much more than a fleeting impression of the historical importance of the Railway, its connection with the landscape in which it sits, and its importance to the slate industry that has had such a profound effect on the area. This Project is intended to change that.

For Boston Lodge Works the Project comes not a moment too soon. The reputation and importance of this workshop is known far and wide in the heritage railway and industrial history sectors and yet, before our eyes, the very fabric of the site and its heritage buildings is crumbling. This programme will see the creation of appropriate facilities for our employees and volunteers which will help to maintain the all-important skill base. The historic buildings will be conserved and each will have a distinct future role.

Some new buildings have been included in the plans, with the objective of ensuring that in future these will accommodate the lion’s share of heavy engineering work, thus permitting the conservation and more gentle use of the older buildings. The workshops will thus retain their function and character. Opportunities for volunteer input will grow and greater access will be possible in unique new ways.”